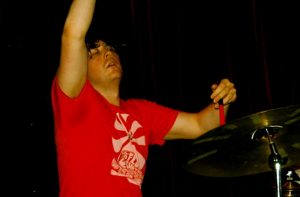 David Rozenblatt is a platinum selling and Grammy nominated drummer and percussionist, as well as an accomplished composer. He has collaborated with some of the finest talents in pop, jazz and classical music. Since joining Barry Manilow in 2003, David has appeared to sold out stadiums and arenas all over the world and recorded chart-topping, Grammy and Emmy winning albums and DVDs.  He received two Grammy nominations for both classical and pop genres: Absolute Ensemble’s Absolution (Best Small Ensemble Performance) and Barry Manilow’s platinum selling In The Swing of Christmas (Best Traditional Pop Vocal Album).  Both recordings feature David with The Matt Herskowitz Trio, whose albums, Forget Me Not and Jerusalem Trilogy earned Best Contemporary Jazz Album nominations from both the Felix and Juno Award Academies.  As the percussionist on the Grammy Award winning NBC special, Tony Bennett Celebrates 90 (Best Traditional Pop Vocal Album) David played with an all-star line up including Stevie Wonder, Diana Krall, k.d. lang, Lady Gaga, Michael Bublé, and with Leslie Odom Jr on his percussion-driven rendition of Autumn Leaves.

David has composed five original ballets.  Three Point Turn, written for legendary prima ballerina Diana Vishneva, Desmond Richardson and the Kirov Ballet, won numerous Golden Mask Awards including “Best Ballet” and the “Critic’s Prize.”  Othello, written for the Charlotte Ballet, premiered to an ecstatic audience and stellar reviews. Dirty Wire, Imprint Maya and Chronicle were all written for Complexions Contemporary Ballet, based in New York City and touring the world. Imprint Maya debuted in Los Angeles at The Dorothy Chandler Pavilion, and was featured in the LA Times.

David’s instrumental works include “Dispute In Conclusion Unplugged” composed for Seattle Symphony’s Chamber Series. Of it, Bachtrack wrote, “Of the 21st-century composers, David Rozenblatt stole the show…[His score] left the audience breathless before they shouted a collective ‘Wow!’”. Flux (2018) written for a full symphony and commissioned by the Baltic Sea Philharmonic premiered at Abu Dhabi’s Emirates Palace and at the Dubai Opera House.

Born in Kiev, Ukraine, David moved to the United States at the age of four. The following year, he started playing drums professionally and years later received his Bachelor’s and Master’s degrees from The Juilliard School.  He devotes time to music students of all ages (in person and online) and records for various artists, TV shows and films from his studio in New York, PencilFactoryRecording.com. David proudly and officially endorses © LATIN PERCUSSION (LP), YAMAHA Drums/Percussion, VIC FIRTH Stick/Mallets, and REMO Heads. 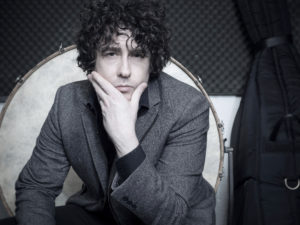 JAZZLOCAL32.COM
David Rozenblatt’s drumming fascinated me. It was joy-filled, wildly exuberant but purged of unnecessary clutter. Many of the younger drummers I hear are time tricksters, and while this is impressive it can also clutter up a sound canvas. Rozenblatt had something of the swing drummer about him, but overlaying that was a colourist sensitivity, the warmth of a great rhythmic conversationalist. By John Fenton.

Bachtrack
“Of the 21st-century composers, David Rozenblatt stole the show…[His score] left the audience breathless before they shouted a collective ‘Wow!’ ”

Classical Voice of North Carolina
“[The score] contains all the peculiar variety and rich strangeness of music in a dream…Visually and aurally, this is a world complete…. Its conception is brilliant; its undertaking enormous and full of risk.”

Creative Loafing Charlotte
“…easily the most visually arresting and dramatically compelling choreography that Rhoden has brought to us, [the visual production] meshed beautifully with Rozenblatt’s score…”

Oregon Artswatch
“…a quietly intense and almost jointless fusion of sight and sound and emotion.
“This work, with its cold clear vision of ‘these days of bloody screaming’ and its corresponding, improbable sense of grace, is for me the highlight of the evening.”

Living Out Loud Los Angeles
“A Modern Twist on the Traditional…a highlight.”

Fjord Review
“…a beautiful collaboration, with David Rozenblatt bringing us a stunning piece of his music.”

2006   Perfume: The Story of a Murderer Original Motion Picture

1996   The Matt Herskowitz Trio – Lucid
OUT OF PRINT  Contact David Rozenblatt for a copy.